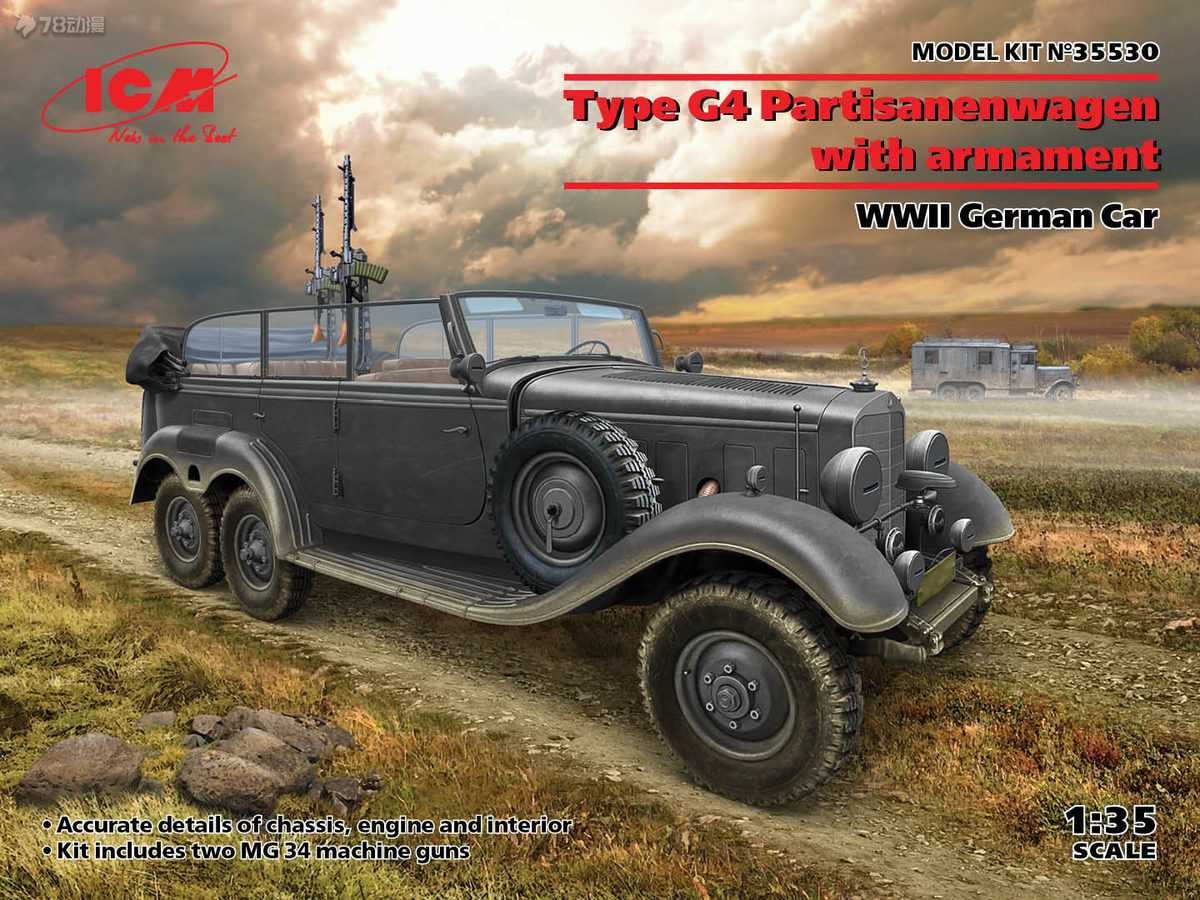 The three-axle G4 passenger car was designed by Daimler-Benz in 1934 and was produced until 1939. This heavy six-seater off-road vehicle with an eight-cylinder engine with an output of 100 (later 110) hp was designed for high-ranking officials of the Third Reich, as well as for the army, where it was used as a staff car (under the designation Kfz.21). The G4 was produced as a four-door sedan with a folding roof. This car was too complex and expensive for mass production, so it was made in a relatively small quantity.

Some trucks were equipped with MG 34 machine guns. They served to transport high command staff of the Wehrmacht, as well as guards and escorts. Vehicles in this variant were called Partisanenwagen.