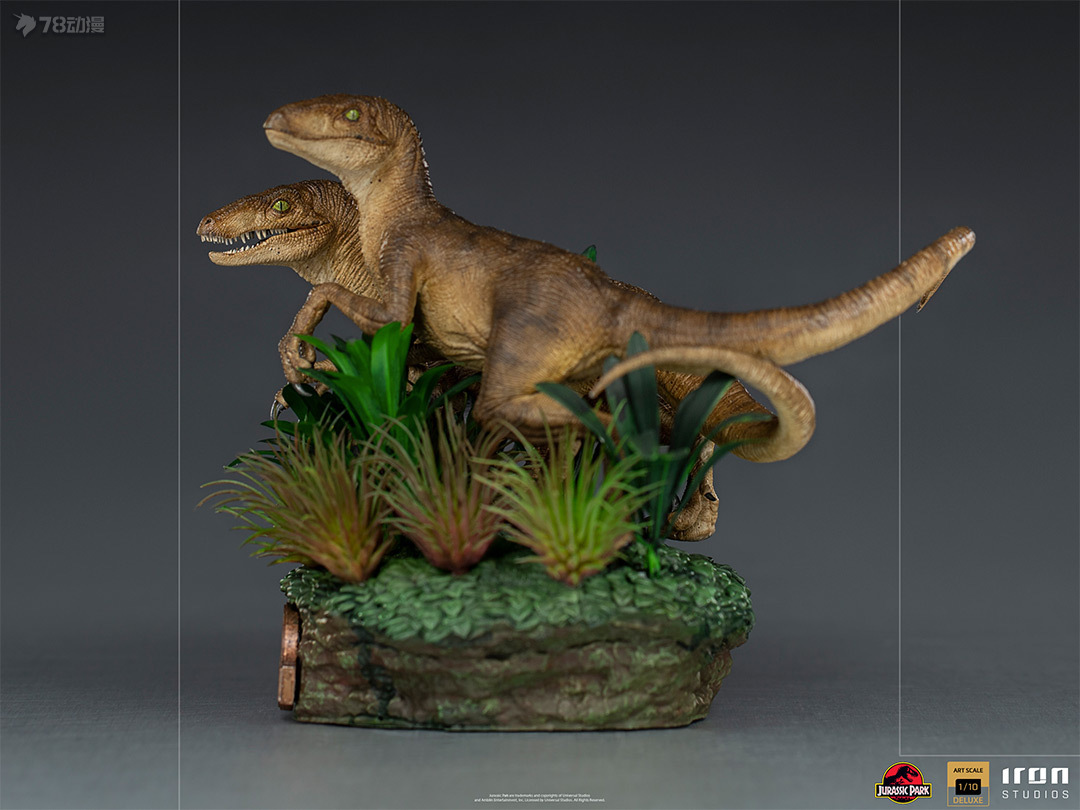 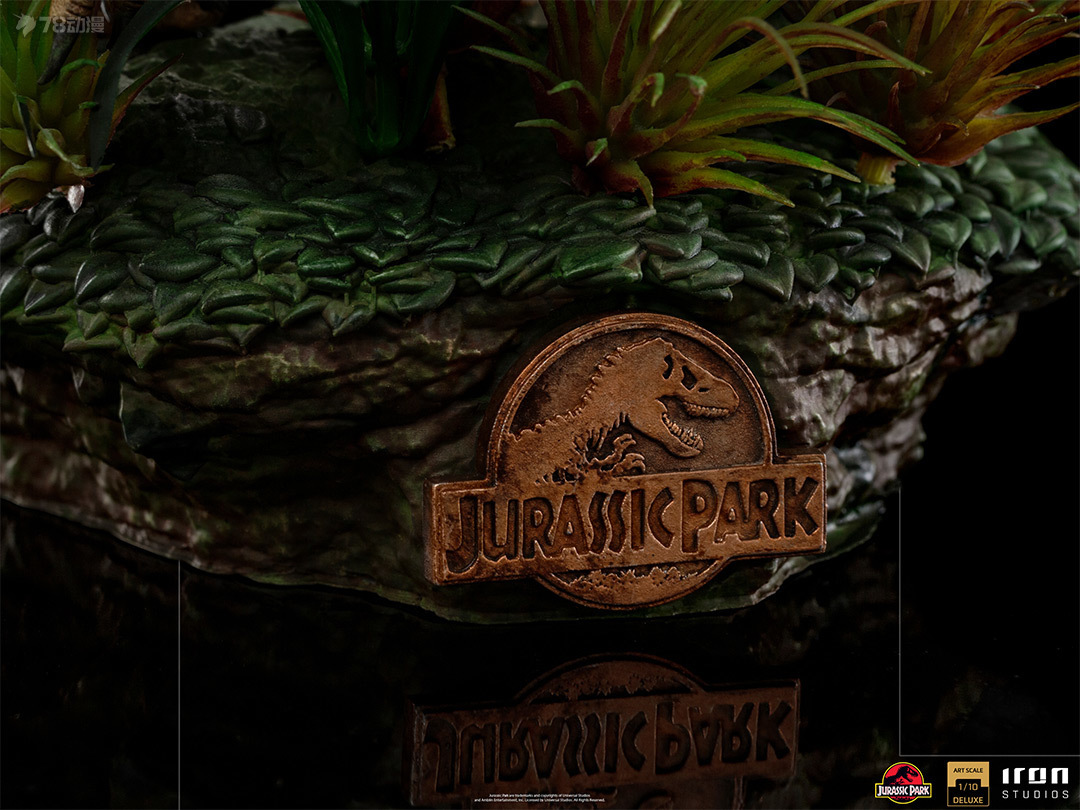 Hidden among bushes, two prehistoric predators sneak forward, watching and sniffing out their next prey. They hunt together using their natural intelligence to reach their goal faster and more effectively. Among the most feared creatures of the Jurassic world recreated by man, Iron Studios presents, in one more work derived from the cult movie franchise, the statue 「Just The Two Raptors Deluxe Art Scale 1/10 – Jurassic Park – Iron Studios」, featuring the lethal Velociraptors, faithfully represented, to honor the legacy of the work of Stan Winston and Steven Spielberg.

Inspired by a promotional concept created by Stan Winston』s studios, master of visual effects and responsible for the creation of the dinosaurs in the 1993 movie Jurassic Park, Iron Studios recreated this scenario that presents the scary beasts in their original tones on a diorama base formed by the earthy terrain of the Costa Rican rainforest. The raptors present themselves as if they were moving through the vegetation, with the iconic Jurassic Park logo carved into the front. In the film, the paleontologist Dr. Alan Grant explains to a young visitor who disdains Velociraptor fossils, … 「Try to imagine yourself in the Cretaceous period. You get your first look at this 「six-foot turkey」 as you enter a clearing. He moves like a bird, lightly, bobbing his head — and you keep still because you think that maybe his visual acuity is based on movement, like a T-Rex, he』ll lose you if you don』t move — but no, not Velociraptor. You stare at him, and he just stares right back. And that』s when the attack comes not from the front, but from the side, from the other two raptors, you didn』t even know were there. Because Velociraptor』s a pack hunter and used coordinated attack patterns to take down his prey!」. This dialogue inspired the name of this statue.

In the original park located on Isla Nublar, the Velociraptors were kept in isolation in a maximum-security area with eight animals. With the arrival of a female, who took over the leadership of the pack, the group was reduced to just three animals, as she made all the raptors attack the electric fences in search of failures so they could escape. Along with all this situation, the head of computing, Dennis Nedry, decided to run away, which also caused the total power outage, making it easier for the beasts to reach their goal. The dinosaurs then began to explore the entire park and hunt visitors, which resulted in some of the most memorable and frightening scenes in the saga. The velociraptor has established itself as one of the most beloved and present dinosaurs in the movie franchise, in a work adapted from the book by Michael Crichton.

The statue is already available for Pre-Order. Check out the other future releases of the Jurassic Park line from Iron Studios.

Features:
– Limited Edition
– Based on original movie references
– Made in Polystone
– Hand Painted